The capital of India, Delhi is an attractive tourist destination. Delhi, one of the largest cities in India, is the perfect combination of antiquity and modernity, which has today become the magical world of industrial shells.

The history of Delhi has been very long and fluctuating. Delhi has witnessed the rise and fall of many empires. Today’s Delhi is built on the ruins of seven cities, ruled by Hindu Rajputs to the Mughals and finally the British.

Delhi is truly a cosmopolitan city, which has assimilated many ethnic groups and their culture and traditions. While traveling to Delhi, one can feel that it is in a modern metropolitan city of historical importance.

The capital of India, New Delhi is part of NCT, which is the second most populous city after Mumbai.

Delhi is the heart of people. Glimpses of the whole of India have always been present in the history of Delhi.

Chanting the compositions of Amir Khusro and Ghalib, Delhi is also afflicted by the screams of loot of Nadirshah. Due to being the capital, many offices of the Indian Government, Rashtrapati Bhavan, Parliament House, etc., can be seen here, samples of modern architecture can also be seen here because of its ancient importance.

From the archaeological point of view, world famous constructions like Qutub Minar and Iron Pillar are considered as centers of attraction here.

On the one hand there is a Mughal style historical Rajasic building like Humayun’s Tomb, on the other hand, Parlokik Dargah of Nizamuddin Auliya.

Famous religious places of almost all religions are here, Virla Temple, Bangla Saheb’s Gurudwara, Baha’i Temple and the memorial to the nation’s life have also been built in Rajpath in this city.

Located at an altitude of 0 to 125 meters, Delhi is located in the north of India. To its east is Uttar Pradesh, while Haryana is to the north, south and west, Delhi Ridge and Yamuna River are the two main features of Delhi geography.

The best time to visit Delhi is from October to March. During this time the weather is pleasant. Tourists can enjoy different views of the city.

In summer, the temperature of Delhi reaches 45 ° C. For this reason, tourists are advised not to come to Delhi in summer. They are more prone to heat stroke.

Like the history of Delhi, the culture of Delhi is also very diverse. Many Hindu festivals like Diwali, Mahavir Jayanti, Holi, Lohri, Krishna Janmashtami are celebrated here, as well as many popular and unique festivals like Qutub festival, Vasant Panchami, World Book Fair and International Mango Fest.

If you are shopping for a designer label, branded product or locally made goods, you will find it all while traveling to Delhi. Then, whether it is air-conditioned malls or roadside stalls, you must negotiate.

If you want to understand a city in a beautiful way, then take a look at its markets. While traveling in Delhi, make sure that you also get a chance to visit Old Delhi markets like Chandni Chowk and Chawdi Bazaar.

These markets have their own unique Indian atmosphere. It will make the shopping experience in Delhi more spectacular.

Market shops will also be found in Karol Bagh and Hauz Khas village. Delhi Tourism has created permanent shops for artists at Dilli Haat, which has emerged as a popular shopping mart over the years. 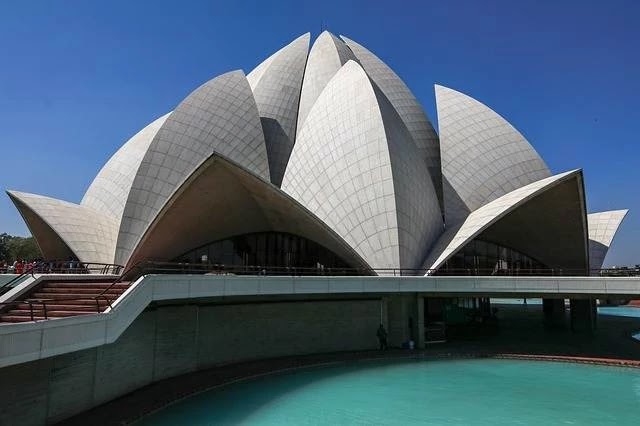 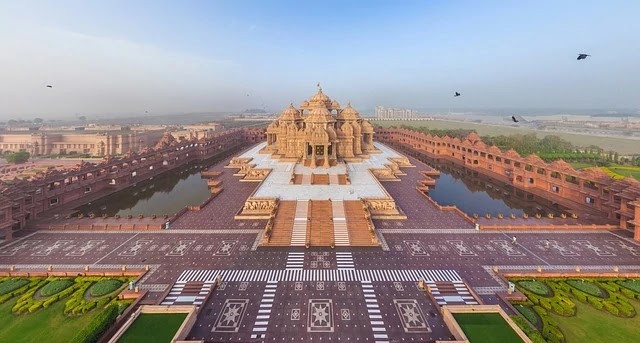 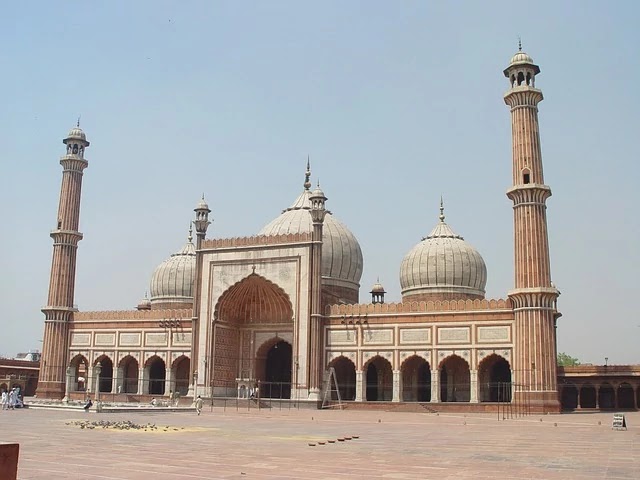 Masjid-e-Jahan-Numa is commonly known as Jama Masjid. It is one of the main mosques of Old Delhi. Built in 1656 by the Mughal Emperor Shah Jahan. It is included in the largest and finest mosques in India. In this, around 25000 people can pray together at a time. 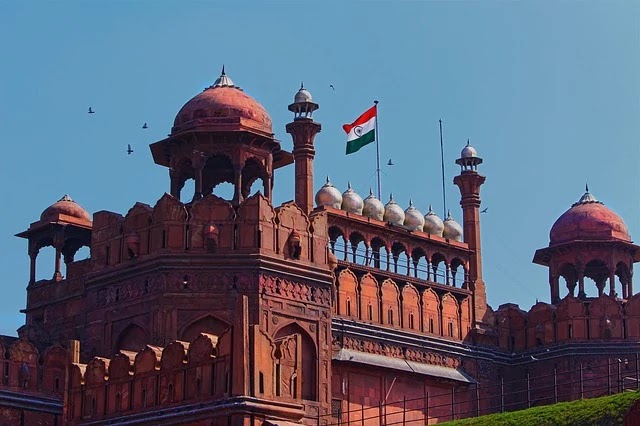 The foundation of the Red Fort was laid during the reign of Shah Jahan. It took 9 years to complete. Like most Islamic buildings, this fort is octagonal. In the north this fort is connected with the Salimgarh Fort.

Humayun was a great Mughal emperor who died by falling down the stairs of the Sher Mandal library. Humayun’s tomb was built by his wife Haji Begum in memory of Humayun. 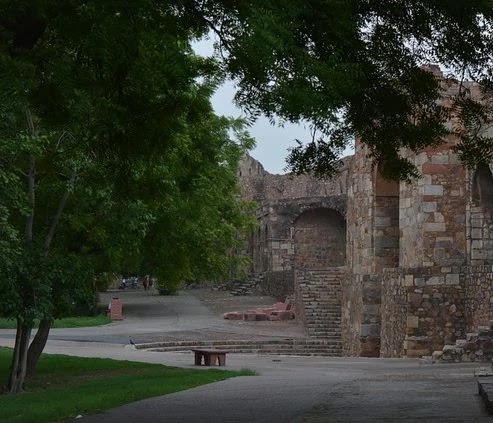 The old fort was built in the 16th by Sher Shah Suri, the founder of Sur dynasty. In 1539–1540 Sher Shah Suri defeated his arch rival Mughal emperor Humayun and captured Delhi and Agra. 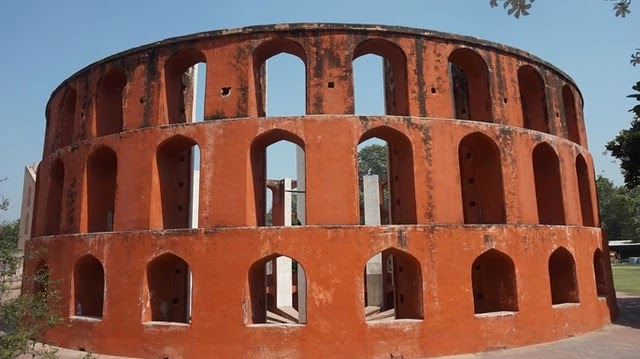 Jantar Mantar was built in 1724 by Sawai Jai Singh II. This building is an example of scientific progress of ancient India. 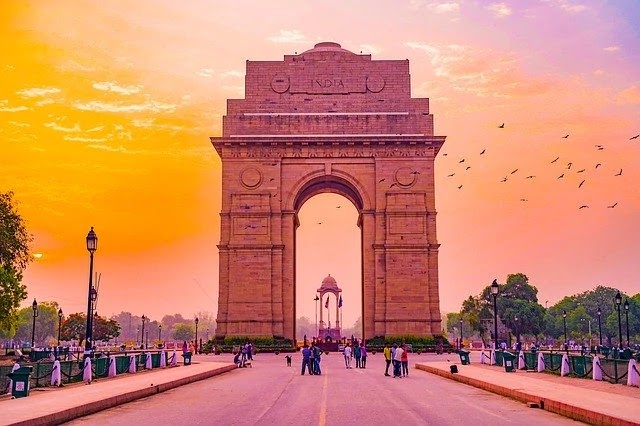 The tomb of Mahatma Gandhi is situated on the western bank of river Yamuna. This tomb is made of black marble.

This mausoleum, known as Khan e Khana, belongs to Abdurrahim Khankhana, a talented and famous courtier during the reign of Mughal Emperor Akbar and Jahangir.

The Khan-e-Khana tomb was built by Abdurrahim Khankhana in memory of his begum, who died in 1598 AD. Later Abdur Rahim himself was buried in this tomb after his death in 1627 AD.

The Mughal Garden is located in the Rashtrapati Bhavan and is a center of attraction for domestic and foreign tourists. The Mughal Gardens were designed by Sir Edwin Lutyens for Lady Harding.

The zoo in Delhi is one of the best zoos in Asia. It is located near the old fort.

The Handicraft Museum in Delhi is a major tourist destination of Delhi located in Pragati Maidan. The rich handicraft tradition of India is displayed in this museum.

The National Museum was built in 1960. Things related to the development of Indian civilization are displayed in this museum.

Chandni Chowk is the major center of Delhi’s wholesale trade. In olden times, traders from Turkey, China and Holland used to come to do business here.

Connaught Place is the major commercial center of Delhi. It was named after the Duke of Connaught, a member of Britain’s royal family.

The refugees and Tibetan refugees who came here after the bifurcation of this market settled here by building their own shops.

Palika Bazaar is an underground market. Around 400 shops here where clothes and electrical goods are available at a low price but there is a lot of bargain here too.

Delhi Haat is located just a short distance from AIIMS. Here, the whole of India is seen together.

The museum was founded by the famous cartoonist K.K. Shankar Pillai. The collection of goodies in various costumes is one of the largest collections in the world.

Rashtrapati Bhavan is an excellent piece of architecture. The idea of ​​building this building first arose in 1911 when the Delhi Durbar decided that the capital of India would be shifted from Kolkata to Delhi. Simultaneously, it was also decided that a luxurious building would be constructed in New Delhi to house the British Viceroy.

Panch Indra Bagicha is a beautiful and spacious garden. This garden was constructed by Delhi Tourism Development Corporation.

Talkatora Bagicha is a historical site. It was at this place that the Mughals defeated the Marathas in 1738. In ancient times, there was a pool at this place.

The Lodi garden is located 1 km east of Safdarjung’s tomb. The old name of this garden was ‘Lady Willington Park’.

University of Delhi is a Central University funded by the Government of India, located in the capital of India, Delhi. Established in 1922, the university offers courses at undergraduate and postgraduate levels.

The Ganges of all-religion harmony flows throughout the year in the Chandni Chowk area. In the Shiva Gauri temple, there is a competition to earn merit by seeing Mother Parvati and Jagdamba ji.

Maa Satoshi Temple is a temple in the city of Delhi. With lines of devotees lined up in two to three kilometers long lines and the temple echoing with the lights of Jayamata Di with lighted lights, imagine that you are near the ancient temple of Mother Santoshi on Jail Road in Hari Nagar.

The belief and belief of Shri Adya Katyayani Shaktipeeth Temple Chhatarpur can be gauged from the arrival of three to four lakh devotees daily on the day of Navratri. Saint Shiromaniparampujya Shri Durga Charannuragi Baba Sant Nagpal ji was the founder of this temple, which is Brahmalin.

This temple to the west of Connaught Place was built by industrialist King Baldev Birla in 1938 and was inaugurated by Mahatma Gandhi. Lakshminarayan temple can be seen in all branches of Hinduism.